This gathering will be attended by representatives of the 21 Latin American and Caribbean nations that have signed the regional treaty so far.
7 October 2019 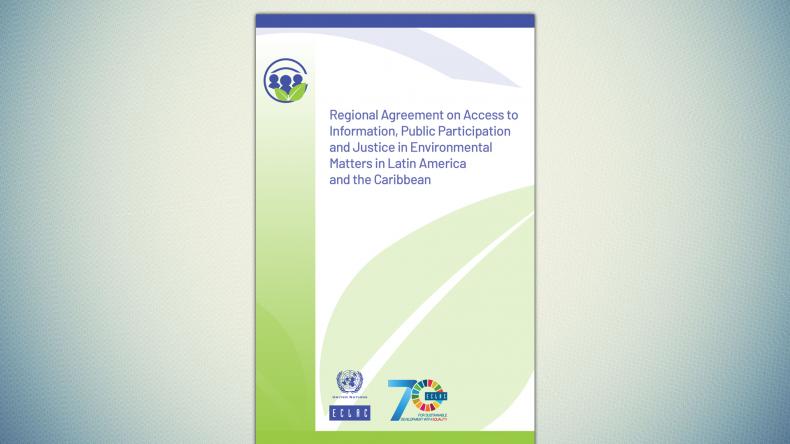 The States that have signed or ratified the Regional Agreement on Access to Information, Public Participation and Justice in Environmental Matters in Latin America and the Caribbean – known as the Escazú Agreement – will hold their first work meeting in San José, Costa Rica, on October 11-12.

At the First Meeting of the Signatory Countries of the Escazú Agreement, representatives of the 21 Latin American and Caribbean countries that have already signed it to date will analyze the topics to be addressed at the first meeting of the Conference of the Parties, along with strategies and partnerships for the Agreement’s prompt entry into force and implementation.

The Agreement will go into effect once it garners 11 ratifications. Half of that figure has already been achieved, and several countries are in the process of ratifying it. The meeting will be inaugurated on Friday, October 11, at 9 a.m. by Alicia Bárcena, Executive Secretary of the Economic Commission for Latin America and the Caribbean (ECLAC), the United Nations regional commission in charge of the Agreement’s Technical Secretariat; Lorena Aguilar, Costa Rica’s Vice Minister of Foreign Affairs and Worship; and Irene Murillo and Danielle Andrade, in representation of the public.

At this first meeting of the signatories, participants will examine the topics to be focused on during the first meeting of the Conference of the Parties of the Escazú Agreement, such as the rules of procedure of the Conference of the Parties, including the modalities for significant participation by the public; the financial provisions that are necessary for the functioning and implementation of the Agreement; and rules relating to the structure and functions of the Committee to Support Implementation and Compliance.

Furthermore, they will discuss strategies and alternatives for achieving the Escazú Agreement’s early entry into force and implementation, as well as partnerships and synergies.

Members of the media are invited to attend the First Meeting of the Signatory Countries of the Escazú Agreement, which will take place in San José, Costa Rica (Hotel Double Tree by Hilton, Cocorí hall). Journalists must have their media credentials or IDs with them to gain access.

More information, including the event program, is available at this link.

What: First Meeting of the Signatory Countries of the Escazú Agreement.

First Meeting of the Signatory Countries of the Escazú Agreement